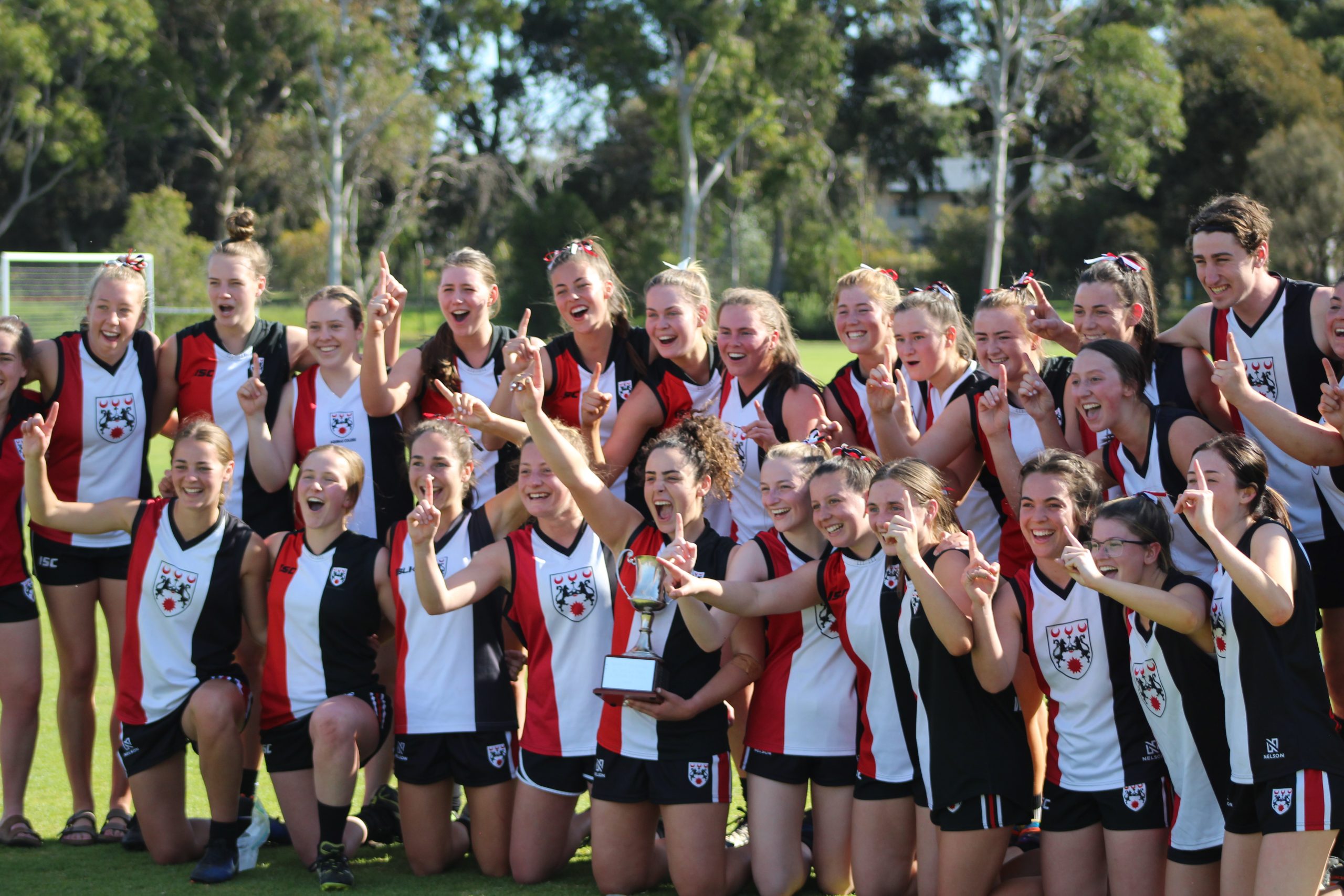 For the sixth year in succession, the Aquinas women’s team retained the HTC Football trophy with a convincing win over St Mark’s in the final round.

Since the women’s trophy began to be contested in 1998, it has found the Aquinas name engraved no fewer than sixteen times.

Coaches Madi Turner and Kale Olds were delighted with the team’s undefeated record this year.

‘We had strength all over the park,’ said Kale. ‘We were able to keep the ball in the forward 50 for most of the time and control the direction of each game. But when we found ourselves in front of our own goals we were able to dominate the contested marks and clear well.’

At the presentation dinner after the match, Madi said that it was next to impossible to choose the best players.

‘Every player deserved an award,’ she said. ‘It was a one of the best all-round performances we’ve seen.’

The Aquinas men’s XVIII also went into the final match with an undefeated record in the earlier rounds.

‘With fewer boys playing competitive club footy this year, it took us a little longer to develop the necessary structure in our game and hone up our skills,’ said coach Ceejay Inglis. ‘We were pleased with how the team came on, and especially some of the new talent in the Fresher boys in the squad.’

‘Finishing as runners-up in the competition was a good achievement for us this year,’ he added.