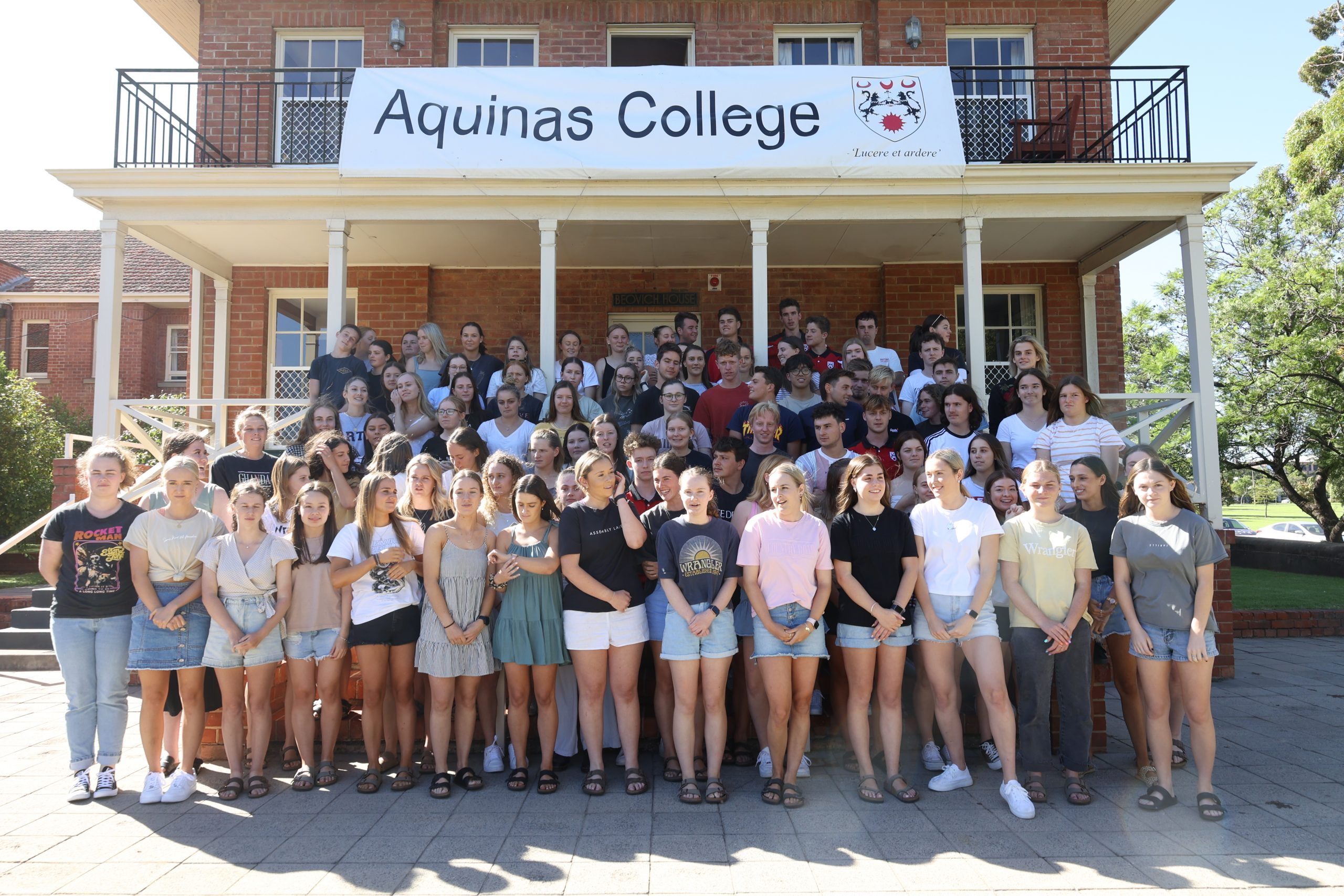 People cannot remember when there was such an upbeat vibe around Aquinas College than during this year’s Orientation Week.

‘We’ve had a great week,’ said Ruby. ‘The program has been a mix of new and old, with each of the fresh initiatives being embraced by everyone.’

In their evaluation of the week, new students have commented most strongly that they have felt welcomed and that they have already made lots of new friends.

One of the most frequently received pieces of feedback was how the students valued the balance of the week, with its mix of academic, social, sporting, spiritual and personal development activities.

Ruby was full of praise for the efforts of both of the Student Club Executive and also the House Coordinators and other Student Staff in ensuring the week was fun, useful, safe and well-run.

‘I couldn’t imagine working with a better group of students,’ she remarked.

‘Also, we have been super impressed with the new students who have joined us. It’s a huge group, but they have settled in very quickly and found their place here at college.’

‘It promises to be a sensational year.’