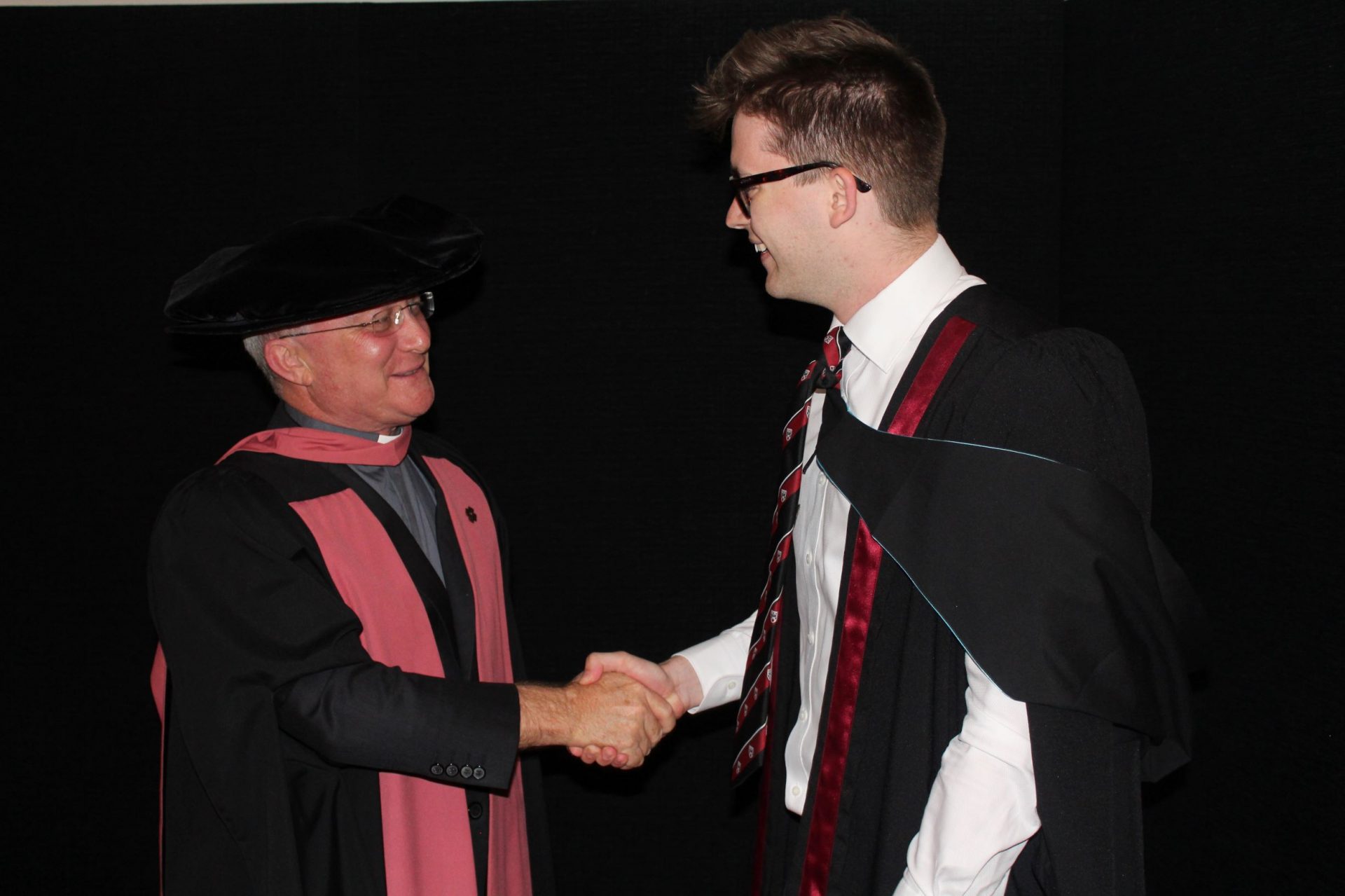 The Collegiate Dinner and Awards Evening on Saturday 29 February provided a culmination to a successful and enjoyable O-Week at Aquinas.

Students, staff and guests mingled on the Gleeson Lawns for drinks and canapés before moving into the David Hogarth Dining Room for to enjoy a night of fine food and the opportunity to honour the high achievers and most improved from last semester.

Special guests for the night included Larry Klinger who took out the Aquinas Medal for being Dux for each year of his time at the College, with the extraordinary result of a perfect GPA, having been awarded a HD in every course he did.

A great number of returning Juniors and Seniors were awarded certificates for Distinction and High Distinctions in their courses.

The Faculty Prize winners were:

Other major awardees for the night were:

The final award of the night went to Brennan Lockwood who was presented with his academic hood, having completed his studies for a Bachelor of Media Arts last year. Brennan – the House Coordinator of Catherine House – has begun to study for his masters